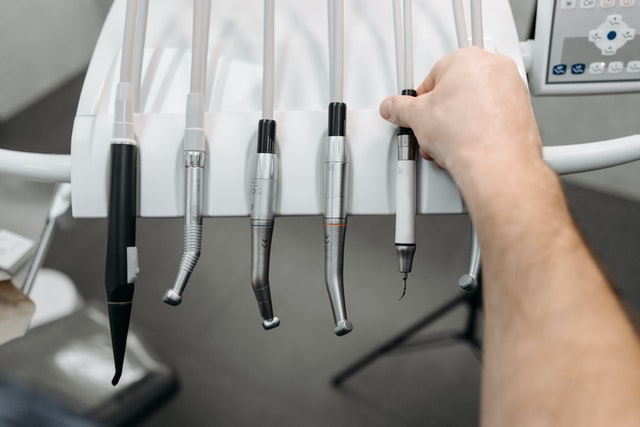 Dentistry in one form or another has existed for thousands of years. Of course, in the early days, it wasn’t as advanced as it is today. In the early medieval period, dentistry was more a subspecialty of other professionals, such as barbers, wig makers, and even blacksmiths, than an occupation in itself. Eventually, the barber-surgeon emerged as an untrained professional willing to take on tasks that highly educated and qualified doctors considered beneath them, such as dentistry. Barber-surgeons invented or improved upon tools that would be the forerunners to the dental equipment used to this day.

A toothbrush is usually used by patients outside the dentist’s office for day-to-day cleaning of teeth. Versions of the toothbrush have existed since ancient times, but the toothbrush as we know it today was created by prison inmate turned inventor William Addis in 1770. The prototype consisted of a cattle bone with holes carved at the end of it through which the swine bristles could be threaded. Addis started mass producing the toothbrush following his release from prison.

Drills are so important in dentistry that dental handpiece repair is still highly sought after. They allow dentists to remove decayed tissue without having to remove the entire tooth. Though the practice of drilling teeth dates back thousands of years, the first modern dental drill was invented in 1868 by an American dentist named George F. Green. This was a pneumatic drill that used a foot pedal to pump air to power it. Green didn’t stop trying to improve his invention; seven years later he got a patent for a new drill that operated on electricity. It wasn’t until 1950, nearly a century later, that the high-speed drill was commercialized in the United States by Dr. John Borden.

Although teeth had been drilled to treat decay for thousands of years, there wasn’t a good way to fill the holes left behind until the 19th century when two English brothers by the name of Crawcour developed amalgam. It gets its name from the wide range of ingredients that went into it, including mercury, tin, and the shavings of silver coins. It worked so well that the Crawcour brothers experienced professional jealousy, sometimes rising to the level of animosity, from American dentists when they first introduced their invention in the United States in 1833.

There are many more interesting developments in dental history. Toothpaste made with pumice to help scrub teeth clean was invented in 1850, while vulcanized rubber replaced metal and hippopotamus bones as the preferred material to make dentures the following year.

When Do You Need an Online Drug and Alcohol Course?

How Does Disability Insurance Work?